Herding Cats: A Play that Crosses the Line...And the Pond 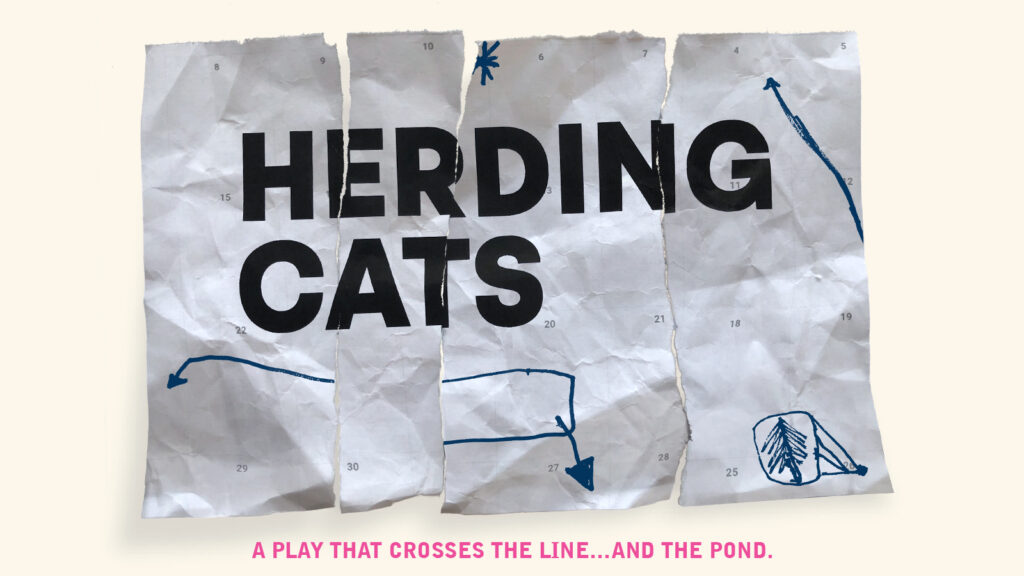 Sponsored by the Arts, Entertainment, Media, and Entrepreneurship Affinity

Starring Jassa Ahluwalia (Unforgotten, Peaky Blinders), Greg Germann (Grey’s Anatomy, Ally McBeal, Assassins), and Drama Desk nominee Sophie Melville (Pops, Iphigenia in Splott), Herding Cats by Lucinda Coxon (The Danish Girl) is a chillingly funny play about a generation negotiating intimacy and independence in the 21st century. Meeting the demands of modern life is as impossible as herding cats for Justine, Michael and Saddo. To deal with work, Justine talks – a little too much – to her roommate Michael who earns a living by chatting with strangers like Saddo. But all three will soon find that in a cold, disconnected world, words may not be enough.

Directed by Anthony Banks (The Girl on the Train, West End), this groundbreaking revival of Coxon’s “brave, brutal” (Guardian) play uses the technical feats that adventurous theater artists have discovered during the pandemic and combines them with the raw intimacy of in-person performance. This first-of-its-kind, transcontinental event features two actors performing for an in-person audience on Soho Theatre’s (Fleabag) London stage with a third actor performing live via video from New York.

The production, simultaneously accessible online to audiences across the globe via Stellar and in-person in London via Soho Theatre, marks a new type of international collaboration. This is a livestream with on-demand video available after the show. You can watch it live, or view the video for a certain amount of time after the show takes place.

This production contains distressing themes of sexual abuse. If needed, you may seek help from the RAINN National Sexual Assault Hotline. 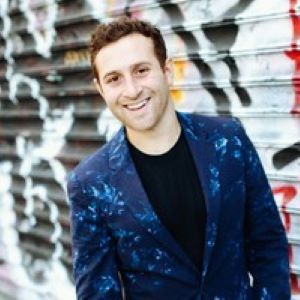 OHenry Productions is an Olivier Award-winning, Tony Award-nominated New York-based production company founded in 2014 by Oliver Roth. Situated at the intersection of art and commerce, OHenry Productions is dedicated to promoting the world’s most vital voices on the world’s most distinguished stages. Its mission is to produce work that is as engaging as it is inspiring, and as challenging as it is entertaining. Producing credits include – Broadway: Slave Play (Tony nomination), Burn This (Tony nomination), Sea Wall/A Life (Tony nomination), The Inheritance (Tony nomination), Derren Brown: Secret, Head over Heels; West End: The Inheritance (Olivier Award); Off-Broadway: Little Shop of Horrors, Invisible Thread; National Tour: Hundred Days, Escape to Margaritaville; Upcoming: Lempicka. ohenryproductions.com 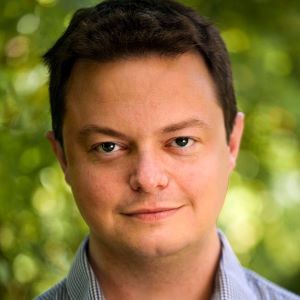 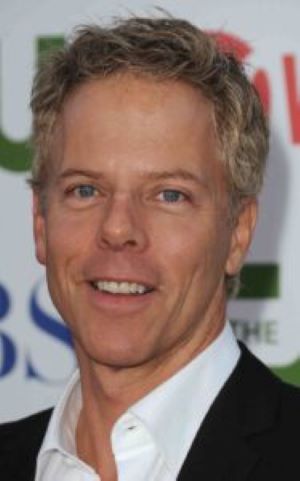 Germann became a member of Circle Repertory Company and Ensemble Studio Theatre, accumulating credits in such off-Broadway and Broadway plays as Steven Sondheim musical Asassins, The Person I Was opposite Holly Hunter and David Mamet’s War Games. Germann also starred in the hit play Speed the Plow at the Geffen Playhouse alongside Alicia Silverstone and Jon Tenney. Most recently he was seen in the origination of Steve Martin’s Meteor Shower at The Old Globe with Jenna Fischer.

Greg has established his acting versatility in television as well. He endeared viewers worldwide with his portrayal of the shark-like Richard Fish for five seasons on the hit series “Ally McBeal”. He was a fan favorite on the first season of Showtime’s “House of Lies” playing the character ‘Greg Norbert’ alongside Don Cheadle and Kristen Bell. He took a turn playing the role of ‘Hades’ in the ABC series “Once Upon a Time”. Along with Keegan-Michael Key, Fred Savage, and Cobie Smulders, Greg was a part of the ensemble cast in the Netflix comedy “Friends from College”. Greg was recently seen in the CBS all access limited series “$1”. He can currently be seen as a series regular on the ABC hit “Grey’s Anatomy” playing the role of ‘Dr. Tom Koracick’.

On the big screen, Germann was seen in the Warner Bros film Get Hard starring Will Ferrell and Kevin Hart. Greg’s other film credits include the Will Ferrell and Sacha Baron-Cohen comedy, Talladega Nights. He was also seen starring in the Sundance hit Friends with Money, alongside Jennifer Aniston, Catherine Keener, and Joan Cusack. Greg starred opposite Chris Rock in the Farrelly Brothers’ Down to Earth for Paramount, in the Warner Bros film Sweet November with Keanu Reeves and Charlize Theron. Greg also starred in the short film Culture which earned a 1999 Academy Award nomination.